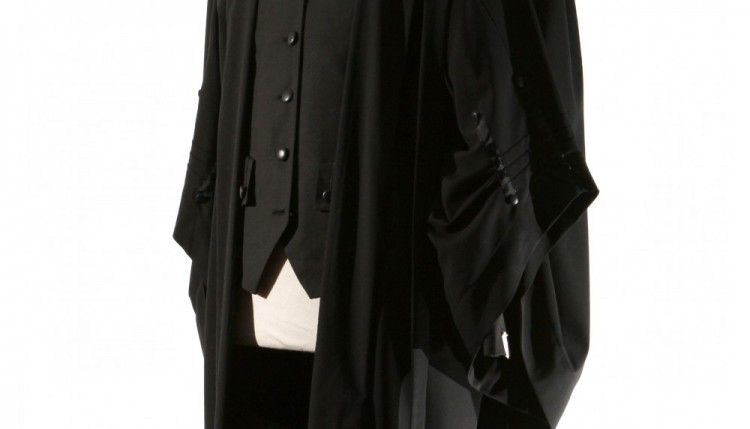 Unravelling the Black and White Myth

Why do Lawyers wear black? Of all the possible inquisitive questions one could ask in this world, this sure is a prominent one. How did the founding fathers of the law ever come up with the dress code for lawyers, and why, of all colours, BLACK?!

Traditionally, people attach a lot of meaning, most of those negative, to the use of the black colour. Some feel it serves to represent mystery, some others opaqueness which translates to a lack of transparency, some very religious folks will even outright tell you that black is the colour of the devil…Satan…Lucifer or whatever name they chose to address him by, subject of course to the amount of bile they are aiming at the imaginary cause of evil in this world at that moment of speech.

I digress. The question was and is still: why do Lawyers wear black? You may be surprised to find out that most people do not know why this is so, they just sort of “grew into the understanding” (I hope I am not sounding like an evangelical preacher right now) that Lawyers, WEAR black and white. Full stop. No questions. No need. Not necessary. You may want to understand with them, after all, these people have a whole lot on their minds such that they hardly have time to pause to consider why lawyers have to wear black and white. But here is the tricky part. Some of those who practice Law do not even know why they have to wear black and white! I mean, I went to town and chatted up a number of people, and it will AMAZE YOU what some law practitioners and senior level law students had to say when asked why they wore black and white. They were simply as much in the dark as some of those other people who weren’t expected to know anyways. So let’s deal with it. Why do Lawyers wear Black and White?

There are a number of explanations actually. One which is widely regarded is that this dress code dates back to at least the 17th century. When Queen Mary II died of smallpox in 1694, her ‘widower’, King William III was said to have ordered all judges and lawyers to attend court wearing black gowns as a token of public mourning for the queen. It so happens that the order was never formally rescinded. However, lawyers were said to have liked and adopted the uniform because it gave them a distinct intimidating presence in court.

Lawyers and Judges wear black and white because black is a colour on which no other colour can be painted. This literally means that the decision of the Judge is final, you can’t tweak it in any way. For Lawyers it means that they are meticulous with their opinions, thoughts, interpretations of the law and processes, they in any respect are not ready to compromise. They are also static or he/she is not ready to leave what they said. White means purity (peace) and transparency. It means that the judge’s decision is pure in every aspect. For the lawyers, it means the arguments advanced are based on facts as the lawyer is furnished with, without any iota of adulteration or conscious machination.

Whether for professional or convenience reasons, (black is after all a colour that works well with any other colour as far as dressing is concerned) One thing is certain. Black works for lawyers, a lot. This is because the black cloak not only make lawyers look smart and attractive, it also makes lawyers appear dignified and professional as they indeed are. In fact, it has been severally said that black is the colour of professionalism. In addition, the black apparel gives off the notion of seriousness and soberness, a concentration on the job at hand which serves to inspire confidence in their clients.

There goes! What say you? Drop your comments in the comments section below!

5 Mistakes you must NEVER make in Court