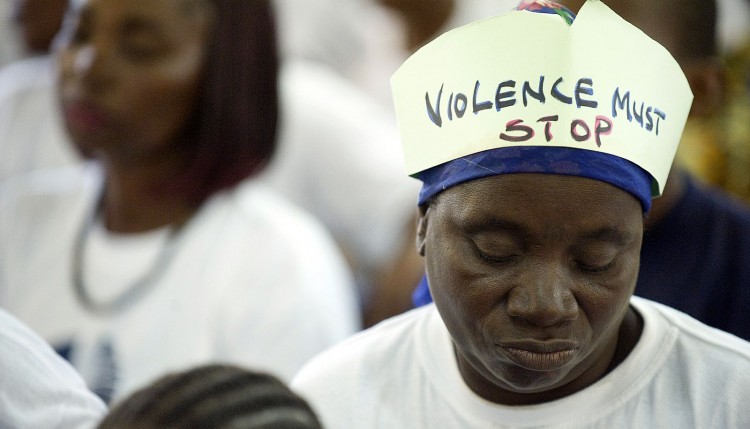 The Violence Against persons (prohibition) Act (VAPP) was passed into law in May, 2015. The Act was a result of agitations for protection of persons against the different forms of violence. Violence, both at the home front and the larger society, is fast becoming a trend in the recent day Nigeria. Daily, we hear of someone killing or maiming their spouse; or a scorned lover pouring acid on an ex lover; or someone being forcefully taken away from their family and loved ones. It was the need to protect citizens from violence such as these that led to the enactment of the VAPP Act, 2015. The Violence Against persons (Prohibition) Act is an improvement on the penal and criminal code in relation to violence; it also makes provision for compensation to victims as well as the protection of their rights.

SYNOPSIS OF THE ACT

The Act was passed into law in a bid to eliminate violence in private and public life; prohibit all forms of violence, including physical, sexual, psychological, domestic, harmful traditional practices; discrimination against persons and to provide maximum protection and effective remedies for victims and punishment of offenders[1].

The content of the Act is rich in its provisions as it covers most of the prevalent forms of violence in Nigeria today ranging from physical violence; psychological violence; sexual violence; harmful traditional practices; and socio-economic violence. The National Agency for the Prohibition of Trafficking in Persons (NAPTIP) is named as the service provider[2].

One of the very notable and commendable provisions of the Act is its expansion of the meaning of rape and its prohibition thereof. While other existing laws limited their scope of rape to protect only females in relation to vaginal penetration without consent[18], the VAPP Act has taken a giant stride to expand the meaning and scope of rape. By virtue of the Act, rape is when a person intentionally penetrates the vagina, anus or mouth of another person  with any other part of his or her  body or anything  else without consent, or where such consent is obtained by force  or means  of threat  or intimidation  of any  kind  or by  fear  of harm  or  by  means  of false  and  fraudulent representation  as to the nature  of the act or the use of any substance  or additive  capable  of taking  away the  will  of such person  or in  the case of a married  person  by impersonating his or her spouse[19]. By this definition, both males and females are protected against rape. The issue of rape being gender biased has been a jurisprudential issue in Nigeria for a while because our law, as it then was, does not recognize situations wherein a man would or could be raped. Thus, instances such as the one reported in Daily Post on the 17th of July, 2012 where a man was allegedly “raped” to death by his wives, was not classified as rape but manslaughter.

b) Prohibition of Female Circumcision or Genital Mutilation[20]

i. Abandonment of children, spouse and other dependants without means of sustenance

It is no longer considered strange in Nigeria, to hear that a spouse (particularly a man) has abandoned his responsibilities in the home and absconded either with another lover or even to an entirely unknown place. The VAPP Act has now made it a crime to abandon one’s spouse, children and other dependants without sustenance and anyone guilty of this will face charges of imprisonment of not less than one year or a fine of not less than N100,000[21]. Even a person  who  receives  or  assists another  who, to his  or her  knowledge, committed this offence  is  considered an accessory after  the fact  and is  liable  on conviction  to a term  of imprisonment  not  exceeding 1 year or to a fine  not exceeding N1 00,000.00  or both[22].

Forceful ejection by any marriage partner is also now prohibited. Consequently, any partner who forcefully evicts his/her partner from his or her home or refuse access commits an offence attracting imprisonment not exceeding 2 years or to a fine not exceeding N300,000.00 or both [23].

On a regular basis, in the pages of the national dailies and other media, we hear about incestuous acts in our community; father sleeping with his daughter, brothers and sisters in incestuous activities, grandfather and grandchild having sexual relations and other forms of incestuous acts. The VAPP defines incest to mean  “an indecent  act or an act which causes  penetration  with  a  person  who is, to  his  or  her  knowledge,  his  or her  daughter  or  son,  granddaughter  or  son,  sister or brother,  mother  or father,  niece  or nephew,  aunt/uncle, grandmother or granduncle”[24] and goes further to provide that any  person  who  knowingly and  willfully have  carnal  knowledge  of another  within  the prohibited  degrees  of consanguinity and affinity  contained  in  the  Schedule  to the  Act with  or without  consent,  commits  incest and  is  liable  on conviction  to a minimum  term of 10 years imprisonment without an option  of fine where sex was without consent, and where  the two parties consent  to commit  incest, 5   years  imprisonment  without  an option  of fine[25].

Another enviable feature of the Act is its provision for compensation to victims of crimes under the Act. The Act provides that the Court shall award appropriate compensation to the victim as it may deem fit in the circumstance[26]. And in addition to the rights provided for under chapter IV of the Nigerian Constitution, victims and survivors of violence are entitled to comprehensive medical, psychological, social and legal assistance by accredited service providers and government agencies or non-governmental  agencies providing  such assistance; information  on the availability  of  legal,  health  and social  services and other relevant  assistance and be readily afforded access to them; rehabilitation  and re-integration  programme[27].

The lawmakers, taking cognizance of the fact that victims or potential victims might not want to come forward to lodge complaints in relation to offences under the Act because of the fear of further victimization in the wider society (especially at the work place),  provides that no  complainant  of  any  offence  under  the  Act  shall  be  expelled, disengaged, suspended  or punished  in  any  form  whatsoever  by virtue of the action of compliance  with  the provisions  of this Act[28].

The identities of victims of offences under the Act is also sought to be protected. The Act provides for the number and categories of persons that may be in court during trial[29], it empowers the Court to hear proceedings in camera or to exclude any person from attending such proceedings[30] and prohibits the publication of certain information in relation to the trial[31]. This is to ensure that the dignity of the victim (and other parties to the trial) is protected.

The Act provides extensively for protection order[32]. Protection order, according to the Act is an  official  legal  document,  signed  by a Judge that restrains  an individual  or State  actors  from  further abusive  behaviour towards  a victim[33]. This provision of the law is a very laudable one in that it curtails and mitigates, on the short term, the abuse of persons especially in private spaces; it also shows that the Act is both protective and preventive in its measures. Thus, a person who has been a victim of violence, and in the risk of further violence, can apply for a protection order to be issued against his/her violator(s). The protection order is to be accompanied by a warrant for the arrest of the respondent and it remains valid throughout the period of the protection order. Where the   respondent  has  contravened  any prohibition, condition, obligation  or  order contained  in a protection  order, a  complainant may hand the warrant  of arrest together with  an  affidavit  in  the prescribed form to  any police officer may proceed to arrest the respondent if he has reasonable grounds to  suspect  that the  complainant may  suffer  imminent  harm.

f) Attempt as an offence

In the Act, attempt to commit an offence is an offence in itself. The Act thus provides for appropriate punishment for the attempt of commission of offences under the Act[34].

g) Provision for smooth operation of the law

In a bid to promote the judicious implementation of the Act, the Act makes it an offence for any person to defraud or conceal an offence or frustrate the investigation and prosecution of offenders under the Act or any other enactment which is deemed a felony and is liable on conviction to a term of imprisonment not exceeding 3 years or to a fine not exceeding N200,000.00 or both[35]. Similarly, a person who willfully makes false statement, whether oral or documentary in any judicial proceeding under the Act with the aim of initiating investigation or criminal proceedings under the Act against another person commits an offence is liable on conviction to a fine of N200, 000.00 or a term of imprisonment not exceeding 12 months[36].

Abduction, prohibition of harmful widowhood practices, abuse, harmful traditional practice, attack with harmful substances, date rape, damage to property with intention to cause distress, deprivation of liberty, forced financial dependence or economic abuse, forced isolation or separation from family and friends, stalking, coercion, intimidation etc are some of the socio-economic violence prohibited by the Act.

j) Superiority of the Act

Where there is a conflict between any  provision of the  Act and any  other provision  on  similar  offences  in the Criminal  Code, Penal  Code  and  Criminal  Procedure Code, the provisions of the Act shall  supersede[39].

PERCEIVED DRAWBACKS IN RELATION TO THE ACT

Duplicity of laws is another major downside of the Act given that most of the crimes stipulated in the VAPP are provided for in the existing criminal laws and also there are provisions for liberty of the citizen in sections 35, 40, and 41 of the constitution.

It is believed that this Act will bring succor and effective remedies to millions of victims who have suffered violence, in one form or the other, in silence without recourse to justice or rehabilitative, psychological or social support for their recovery and reintegration. The Act does not only ensure that the violators are brought to justice, but also that the victims are adequately compensated, re- integrated into the society and given the necessary support and protection. It is thus expected that the other states in Nigeria will take immediate and necessary action to adopt and enact similar law on Violence against persons.