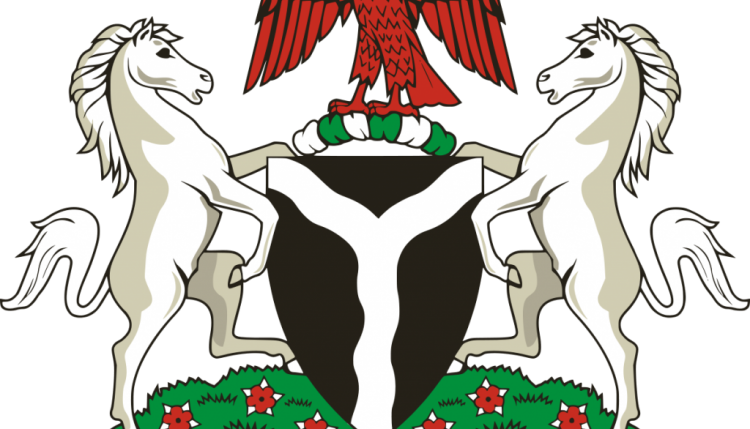 Recently amended Laws of the Federation of Nigeria

The Pension Reform Act 2014 (the Act) was signed into Law on 1 July 2014 by the President. The Act repeals the Pension Reform Act No.2, 2004 and would continue to govern and regulate the administration of the Uniform Contributory Pension Scheme for both the Public and Private Sectors in Nigeria.

Some of the key changes in the new Pension Reform Act include increase in the minimum number of employees required to make mandatory contributions under the Act, increase in the minimum contribution into the Scheme and the imposition of fines and penalties on Pension Fund Administrators (PFA) for failure to meet their obligations to contributors and violation of the provisions of the Act. It is instructive to note that the Act retains the policies of earlier pension laws, including the Pension Reform (Amendment) Act of 2011 which exempts personnel of the Military and the Security Agencies from the Scheme; the Universities (Miscellaneous) Provisions Act 2012, which reviewed the retirement age and benefits of University Professors, and the creation of Pension Fund Administrators (“PFA”), Pension Fund Custodians (“PFC”) and the National Pension Commission (“the Commission”) by the 2004 Act.

Rate of contribution to the Scheme

Section 4 of the Act reviewed upward the rate of contribution to be made by employers and employees to the Scheme by increasing monthly contributory rate of employers and employees to a minimum of 10% and 8% respectively to be drawn from an employee’s monthly emolument. This position differs from Section 9 (1) (a) and (c) of the 2004 Act which pegs employer/employee contribution in the public and private sectors at 7.5%. In cases where an employer elects to bear the full responsibility of the Scheme, the employer would be required by the Act to pay a minimum of 20% of the employee’s monthly emoluments, which is 5% more than the provision made under the 2004 Act.

Modes of Investments of Pension Funds

The Act has included a few novel provisions with respect to offences and penalties.

Section 99 (2) criminalizes any attempt to commit an offence under the Act and imposes an equal penalty for attempting to commit a crime as the commission of the crime itself.Section 100 increases the penalty for misappropriation of pension funds and provides that in addition to a minimum prison term of 10 years and a fine of three times the amount misappropriated, a convicted person would be required to refund the amount misappropriated and forfeit any property, asset or fund with accrued interest or the proceeds of any unlawful activity under the Act in his/her possession, custody or control to the Federal Government.Section 99(4) criminalizes the act of a Pension Fund Administrator or Pension Fund Custodian reimbursing or paying a fine imposed on a staff, officer or director under the Act and imposes a penalty of a minimum of N5 million on any such PFA or Pension Fund Custodian.By virtue of Section 101 and 70, where a Pension Fund Custodian fails to hold the funds in its possession to the exclusive preserve of a relevant Pension Fund Administrator and the Commission or where it applies the funds to meet its own financial obligations, a minimum penalty of N10 million would be imposed on it upon conviction (in the case of a Director N5 million or a term of 5 years imprisonment or both).

The Commission can now, in addition to revoking the license of erring pension operators, take proactive corrective measures on licensed operators who may want to deal fraudulently with pension assets.

By virtue of Section 82 of the Act, the Commission is now empowered to establish a Pension Protection Fund (“the Fund”) for the benefit of eligible pensioners covered by any pension scheme established, approved or recognized by the Act. The Pension Protection Fund shall consists of an annual subvention of 1% of the total monthly wage bill payable to employees in the public service towards the funding of the minimum guaranteed pension, an annual pension protection levy paid by the Commission and all licensed pension operators at a rate to be determined by the Commission and income from investments of the Pension Protection Fund. The Commission is also mandated to utilize the Fund as a hedge or guarantee for the benefit of eligible pensioners, to be distributed in form of a minimum guaranteed pension, and as compensation for shortfalls in investment of pension funds and any other use that may be determined from time to time.

The Pension Reform Act 2014 has reduced the waiting period for accessing benefits in the event of loss of job by employees from six (6) months to four (4) months. Where an employee disengages from employment or is disengaged before the age of 50 and is unable to secure another employment within 4 months of disengagement, Section 16 (5) of the Act permits such persons to make withdrawals from their retirement savings account (not exceeding 25% of the total amount credited to the retirement savings account).

By virtue of Section 10 of the Act, contributions to the Scheme now form part of tax deductible expenses. In addition, all interests, dividends, profits, investment and other income accruable to assets from tax, pension funds and retirement benefits are also exempt from tax.

Section 108 of the Act makes the Public Officers Protection Act applicable to limit actions commenced against an officer or employee of the Commission for any act done in execution of the Act or any other law, if the suit is not commenced within 3 months of the act or in the case of a continuous act, within 6 months after the act ceases.

Furthermore, before an action can be commenced against the Commission or any of its officers or employees, a pre-action notice must be served on the Commission one month prior to the commencement of the suit and must clearly state the cause of action, particulars of the claim, name and place of abode of the intended plaintiff and the reliefs sought.

Section 106 and 107 of the Act now vests the National Industrial Court with jurisdiction in matters where an employee or beneficiary of a Retirement Savings Account is dissatisfied with a decision of the Commission, that was referred to it for review from a decision of a Pension Fund Administrator or employer, to ensure that the decision complied with relevant provisions of the Act or regulations made there under. Additionally, arbitral awards made under Section 107 of the Act can now be enforced by courts of competent jurisdiction. Also no limitation of time applies to actions for recovery of contributions, penalties and other benefits under the Act.

The 2014 Act also empowers the Commission, subject to the fiat of the Attorney General of the Federation, to institute criminal proceedings against employers who persistently fail to deduct and/or remit pension contributions of their employees within the stipulated time.

The Pension Reform Act 2004 only allowed the Commission to revoke the licence of erring pension operators but does not provide for other interim remedial measures that may be taken by the Commission to resolve identified challenges in licensed operators. Accordingly, the Pension Reform Act 2014 now empowers the Commission to take proactive corrective measures on licensed operators whose situations, actions or inactions jeopardize the safety of pension assets. This provision further fortifies the pension assets against mismanagement and/or systemic risks.

According to the new act, “notwithstanding the provision of subsection [1] of this section, the commission, on the recommendation of the management to the National Assembly shall establish such directorate, departments and divisions as exigencies may demand for effective and efficient administration of the service.”

The Act seeks to establish the Institute of Safety Professionals of Nigeria. The Act vested in the institute the power, to organise and provide professional training in the area of safety management; in collaboration with relevant government agencies, set standards of practice and determine the knowledge and skills to be acquired by persons seeking to register and practice as safety professionals and to improve on such standards from time to time; and do all such things as may be necessary to promote the advancement of safety profession in both the public and private sectors of the economy.

The new law also prescribed a fine not exceeding N100,000 or imprisonment for a term not exceeding six months or both for any individual, who is not registered by the institute but claimed to be a registered safety professional while a fine of not less than N500,000 is prescribed for corporate organisations that make false entry, as safety organisation.

5 Mistakes you must NEVER make in Court

Become more than “Just a Lawyer”