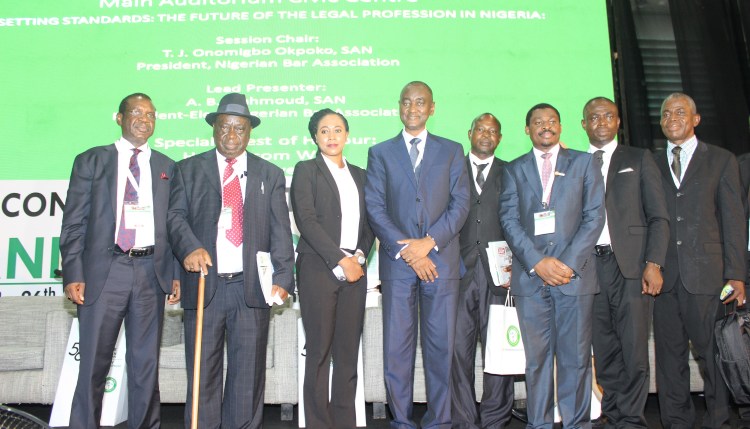 The 2016 NBA-AGC garnered a lot of interest and curiosity arising from the fact that the conference would witness a transition of office in the bar and the excitement of visiting the beautiful city of Port-Harcourt.

The Augustine Alegeh SAN led NBA team organised a mind-blowing, widely educative and entertaining 55th edition of the AGC last year, and no doubt, this provoked a large turn-up among the lawyers/conferees, sponsors, service providers and other attendees this year. It would not be argued that a lot of dust of blame and complaint were raised at the early days of the registration, due to some lapses for which the outgoing President, Augustine Alegeh, took full responsibility and he apologised. However, this did not deter the conferees from experiencing the positive sides of the conference.

Overtime, the Nigerian Bar Association has organised conferences which were more like playing to the print and gallery (as seen by most conferees) because the suggestions and topics shared stayed and ended in the conference venue. It is not disputed that in this year 2016, our country in the face of economic hardship, recession, the recurring events of human right infringement, the doubt as to the independence of the judiciary and other societal structural lapses gave birth to the theme of this year’s conference “Democracy and Economic Development” and as stated in one of the showcase session by Sir TJ Okpoko SAN “it is time NBA moves to action and no more words”.

The conference had three (3) showcase sessions and several parallel sessions that were very informative, interactive and rich. The speakers are men of substance who are blessed with wealth of experience and knowledge in their walks of life so it’s no-gain saying that they switched on the light of knowledge in the mind’s eye of all the excited conferees. The plenary sessions buttressed the fact that NBA in the spirit of ‘action and no more words’ is ready to contribute immensely towards national development of this country.

Nigeria is at a critical juncture in regards to its economy, oil prices are falling and the Nigerian economy is in dire need of a spark to reignite its flames. The first showcase session for the conference was themed “Growing Nigeria’s Economy beyond Oil and Gas” and it had as its Session Chair, Olisa Agbakoba SAN and top speakers including the Honourable Minster of State for Solid Minerals and Development, Hon. Bawa Bwari Abubakar. Being a former senator, he recalled his experience while at the National Assembly and also made salient points with respect to the issue, especially that we have more than 44 minerals in the country; different local governments have specific solid minerals yet Nigeria is not seen as a mining nation but more focused on oil and gas. What needs to been done now is to attract investors for solid minerals.  For instance, if we can think properly on the production of steel, we can make N6 Trillion naira in a year from that, he said.

The showcase session on “State of Administration of Criminal Justice in Nigeria: Action No More Words” with Hon. Justice Ishaq Bello, Chief Judge FCT High Court as Session Chair, was quite interesting and compelling. According to him, successful regimes have taken steps towards reforming various systems in this country and the criminal justice system is not an exemption to these reforms. In 2015, the bill for the Administration of Criminal Justice Act was passed into law and this has been tagged to be revolutionary, however, there are various elements which tend to be draw backs to the possibility of best practices in administration of criminal justice in Nigeria, hence the discourse.

Especially remarkable was the session titled, “Setting Standards: The Future of the Legal Profession” which had A. B. Mahmoud SAN, the President-Elect of the Nigerian Bar Association as the Lead Presenter, and His Excellency, Nyesom Wike, Governor of Rivers State as the Special Guest of Honour.

President-Elect of NBA, A. B. Mahmoud SAN, expressed gratitude to all members of the Bar for giving him the opportunity to share his vision of ‘A Brave New Bar’, which is basically to create a legal order that will guarantee the right to development for Nigerians, by focusing on three key areas; Regulation, Representation and Public Interest. 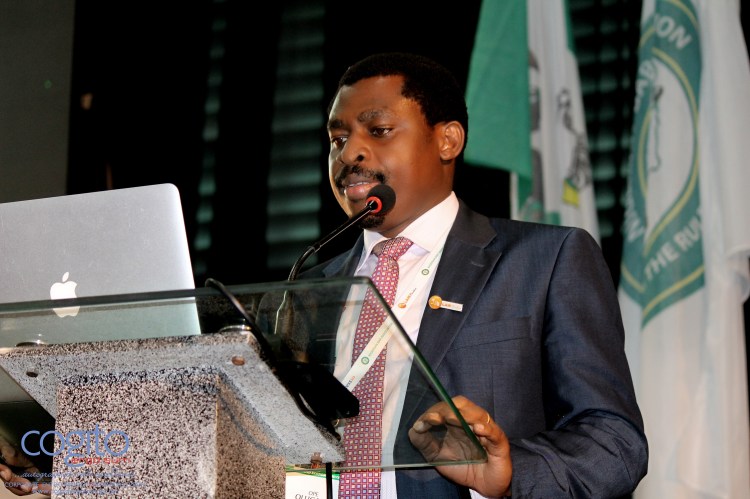 Ope Olugasa, Managing Director of LawPavilion, also presented at this session where he re-established the need for immediate adoption of ICT as the world has gone global and Nigerian lawyers ought to be attuned to modern technology and migrate from the tunnel of analogue modus operandi. He also unveiled LawPavilion Prime, Africa’s first Legal Analytics software which is poised to revolutionize legal research and legal practice in Nigeria and beyond.

As Introduced by the Augustine-Alegeh SAN led NBA team, the 56th edition of the NBA-AGC was a lot like last years’, also entertaining and brought a lot of fireworks and memories (as the popular saying goes “all work and no play make jack a dull boy”). The conferees were thrilled with the performances of Timaya, Duncan Mighty and the thrilling performance of the legendary 2face Idibia. The NBA’s readiness to accept the IT innovations could even be seen in the hall as conferees expressed their views and shared their photos and thoughts through social platform which were displayed on the wide-screens in the conference hall. The friendship-centre was also a hub of networking and social gathering and many conferees converged there to settle their minds after each day’s session. This stress-reducing exercise made most conferees forget about the early hiccups they witnessed during the registration.

The 2016 NBA-AGC also marks the transition of power from the Augustine Alegeh SAN (present NBA president) team to the Abubakar Mahmoud SAN (incoming president) team. The president-elect was introduced by the present President to the conferees and for the first time, most of us had a physical glance of whom our new President of the bar is and adored him for his wide-acceptance.

It would be a fundamental error if the immense contribution of His Excellency Nyesom Wike, Governor of Rivers State is omitted. The Governor with the recommendation of NBA of the State, helped to ensure that the visiting conferees were warmly treated in the State. He hosted all the conferees to a dinner, provided security personnel around strategic areas in the city to ensure all the visitors are safe and even took most of the conferees on an exciting tour to witness the glamours and beauty of the State.

Keynote Address of His Excellency, the Vice President of the Federal Republic of Nigeria, Prof. Yemi Osibanjo SAN, GCON at the “WORDS IN GOLD” Judicial Awards