In an effort to protect Nigerians who provide information to security agencies during an investigation and prosecution of offences, the Federal Government has made a provision that allows Nigerians to be kept in foreign countries under witness protection.

Similarly, there is a provision that allows foreigners to be kept in Nigeria under witness protection.

This is according to the Witness Protection Act 2022, which President Muhammadu Buhari (retd.), had recently assented to and passed into law.

Under Section 17 of the Act titled ‘Agreements with international bodies, institutions, organisations or foreign countries’, it stated that the relevant security agency would require the approval of the Attorney General before making any arrangement with a foreign country or organisation.

The Act read in part, “The relevant agency may, with the approval of the Attorney-General, make an arrangement with a foreign state, international body, institution or organisation on any matter relating to cooperation between Nigeria and that State, international body, institution or organization relating to witness protection.

“The relevant agency may enter into an agreement, either in general or on specific terms and conditions with a competent authority in a foreign country in order to (a) place a protected person under a witness protection arrangement administered by that country; or (b) admit a protected person to witness protection arrangement under any law applicable to that country.”

The provisions of this Act are applicable to the investigation and prosecution of offences relating to terrorism, money laundering prevention and prohibition, and economic and financial crimes.

Other areas of offence include corrupt practices and other related offences, drugs and narcotics and their trafficking, trafficking in persons, criminal and penal code offences, and Customs and excise management.

It also covers any legislation dealing with proceeds of crimes, confiscation and forfeiture of assets, and such other offences as may be contained in enactments enacted by the National Assembly and designated by the Attorney-General by an order published in the Federal Gazette.

To qualify as a witness under this Act, a person is required to have information about the commission of an offence or wrongdoing, and has given, is giving, or agreed to give evidence on behalf of the state in the proceedings for the trial of the offence, or hearings or proceedings relating to the offence or wrongdoing before an authority which is declared by the Attorney-General by an order published in the Federal Gazette to be an authority to which this paragraph applies.

A witness can also be a person who has made a statement to the Inspector-General of Police or a member of the Nigeria Police Force, or a law enforcement officer, in relation to an offence in contravention of law in Nigeria.

It can also be a person required to give evidence in a prosecution or an inquiry held before a court or tribunal outside Nigeria for a number of stipulated purposes; or who has given, is giving or has agreed to give, the evidence before an investigating authority, a commission of inquiry or tribunal.

The family member or anyone in a relationship with a witness may require protection or other assistance under this Act.

Understanding the Concept of Domain Names in Digital Transaction 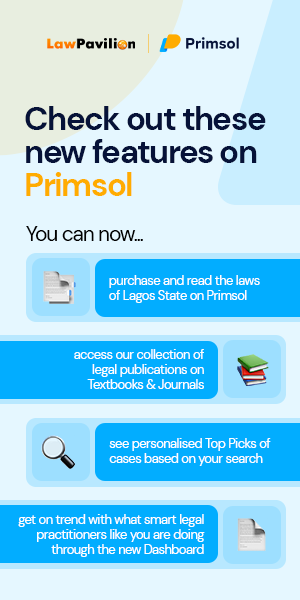